Ad fraud is not the problem… 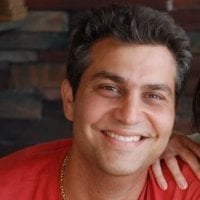 Find me on:
LinkedIn

As far back as 1998 when I first started my career in the online advertising space, fraud was one of the industry’s biggest threats (even if many advertisers didn’t necessarily realize it). Some thought that their abysmal performance metrics were due to poor creatives, lack of detailed tracking systems or they chalked it up to a simple “that’s how internet advertising works”. With time we began to understand that ad fraud was a contributing factor to poor performance metrics. At first we didn’t have the proper understanding of it, much less the proper tools to identify it, and so the fraudsters were for the most part one step ahead in the arms race.

Fast forward to 2016. Over the years we’ve gained tremendous ground in the battle against ad fraud and we can now confidently say that there are many ad fraud prevention vendors with solid solutions that identify fake traffic, allowing advertisers for the first time to separate the wheat from the chaff. So why is it that our industry is still battling with unprecedented amounts of fake traffic?  It’s largely due to the high costs associated with anti-fraud solutions.

The problem’s in the math

Per-CPM pricing models, used by many anti-fraud vendors, charge according to the number of impressions being monitored. And while it may be affordable for a demand-side party to implement across millions of impressions, looking at this pricing structure from the supply side, where billions of ads can be served daily and the average net to a supply-side vendor is just a fraction of a CPM (the arbitrage percent), the cost to monitor traffic can quickly become astronomical.

As the CEO of Fraudlogix, and an anti-fraud vendor myself, I can tell you that I routinely hear from frustrated supply-side executives that reducing revenue as a result of them cutting traffic volume, and on top of that having to pay for multiple fraud solutions (to satisfy their clients using multiple vendors), while maintaining a profitable business model is no easy challenge. Or, they tell me that they’re using third party fraud detection, but only for their top-earning traffic. For example, on specific campaigns where the advertiser both forces them to monitor impressions and pays a high enough CPM to cover the cost of fraud detection. So while fraud is rooted out in a relatively small manner, it’s still running rampant in the majority of the space.

The demand side can easily point the finger at the supply side and argue that it’s the ad networks’, exchanges’ and platforms’ responsibility to clean up their traffic. After all, it’s the right thing to do and it’s the only way to achieve a stable business in the long run. All are valid and true points, yet if we calculate the very real costs incurred by supply-side vendors to monitor 100 percent of their traffic, in many cases it would literally drive them out of business.

I’m not suggesting that we give the supply side a free pass here. I believe that traffic providers that are not on-board with cutting fake traffic from our ecosystem have numbered days. However, the industry should be aware that there are many supply-side companies that want to fight ad fraud but their hands are economically tied.

Fighting fraud at the root

The industry has failed to arm the part of the ad chain that can most effectively fight fraud. The supply side is closest to the root of the problem and serve as the gatekeepers to the ecosystem. Ad fraud enters the marketplace through their exchanges, networks and platforms, putting them in the unique position to shut the door on it before it makes its way down the chain to advertisers. If properly equipped, a supply-side partner could stop fraud billions of impressions at a time compared to millions by an advertiser.

Fortunately, most on the supply side are finally willing to fight fraud, coming around to the understanding that it’s no longer a choice, but a necessity. Increased pressure from better informed and equipped advertisers has caused a drastic change in their perception.

The good news for our industry is that two of the biggest hurdles to beating ad fraud are behind us. Firstly, we now have plenty of strong anti-fraud vendors with powerful solutions available to detect and eliminate fraud. Second, the supply side is on board.  The remaining hurdle is for the industry to arm the supply side with effective and affordable solutions they can implement on a large scale.

I’m the first to admit that at Fraudlogix we’re not perfect, but we’re doing our best to build solutions that are both effective and affordable for the supply side. However, we are one player in the space and more ground could be covered faster if others join this worthwhile mission. We encourage this because it will strengthen the industry and in turn strengthen all vendors that support the industry.

We must stop looking at the supply side as the problem and realize that they are a key part of the solution. What better ally can we have on our side than those who are effectively the gatekeepers of our ecosystem? Let’s weed out fraud from the roots and stop playing the endless game of whack-a-mole as we have been doing from the advertiser’s side. Costs must go down so that everyone in the space can effectively protect themselves and ultimately the advertisers… the lifeline of our industry.