In our last post on digital ad fraud we talked about the percentages of fraudulent ad traffic and  broke it down by browser. We found that a majority of ad traffic - in both desktop and mobile channels - came through Chrome browsers and 14% of that traffic was fraudulent. In this report we dug into ad traffic by operating system (OS) to see which desktop and mobile systems are the riskiest when it comes to ad fraud.

A PDF of our Ad Fraud: Operating Systems Report for October 2018 is provided in the link below.

These results stem from the analysis of digital ad traffic from September and October 2018. Our pixel-based technology regularly monitors data from over 640 million unique users, 1.2 billion unique devices, and 12 million URLs monthly. We map the latest devices, locations, bots, behaviors, and hacking tactics that are being used by digital fraudsters. The fraudulent percentages reported here represent ad traffic determined to be generated by malware, bots, compromised devices, and other nefarious means, rendering it fraudulent. We previously reported that globally, 18% of desktop ad traffic is fraudulent and 10% of mobile ad traffic is fraudulent. 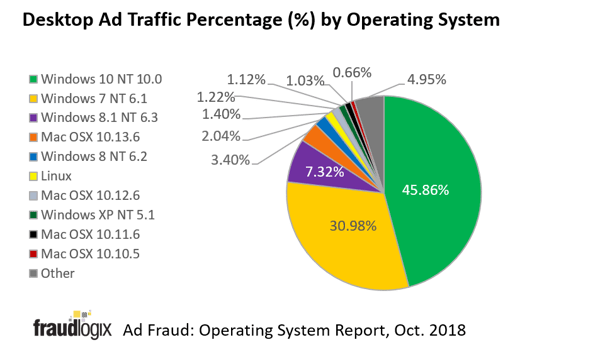 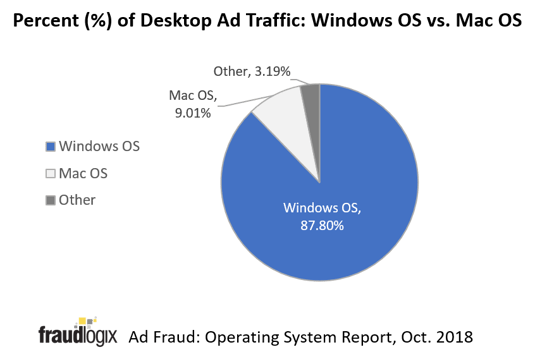 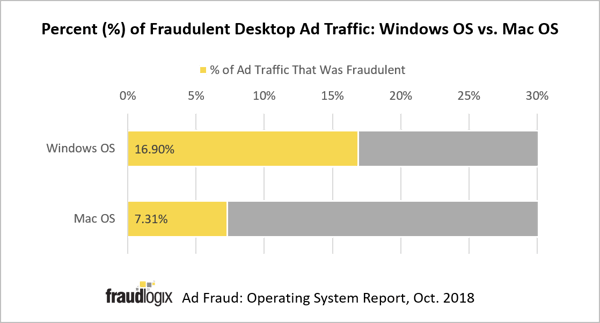 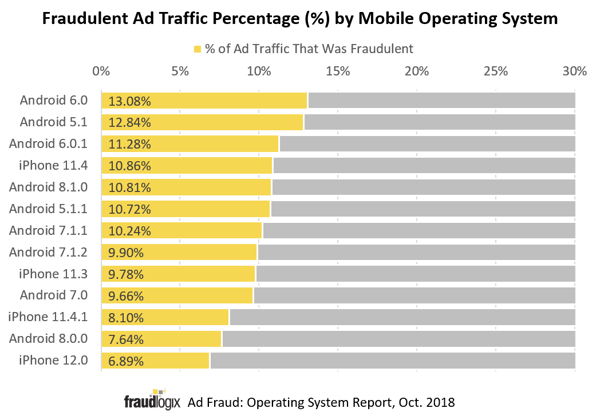 Our take on this data.