In September 2018 we began reporting ad fraud statistics for the programmatic ad space based on monthly data we collected. We then published our first Quarterly Ad Fraud Report with data from Q4, 2018. We're continuing this coverage with our Q1 2019 Ad Fraud Report, which includes data on which devices, browsers and operating systems are being used most for fraud and what areas of the world fraudulent traffic is originating from.

A PDF of our Q1 2019 Programmatic Ad Fraud Report is provided in the link below.

Below are some of the highlights from Q1 2019. Fraudlogix’s pixel-based technology regularly monitors data from 640+ million unique users, 1.2 billion unique devices, and 300+ million URLs and apps monthly. We map the latest devices, locations, bots, behaviors and hacking tactics that are being used by digital fraudsters.

23% of LATAM ad traffic was fraudulent - the highest among four global regions.

Looking at all data during Q1 2019, broken down into four major global business regions [Asia–Pacific, including India (APAC); Europe, the Middle East and Africa, including Russia (EMEA); Latin America, including Mexico (LATAM); and North America (NA)], we found that ad traffic coming from the LATAM region had the highest percentage of fraud at 23.0%, followed by the EMEA region with 12.8%, North America at 12.0% and the APAC region with 6.2%. 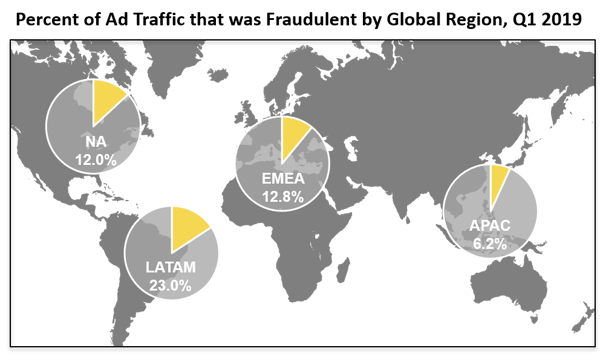 A majority of ad traffic came from Chrome browsers and 16% of it was fraudulent. 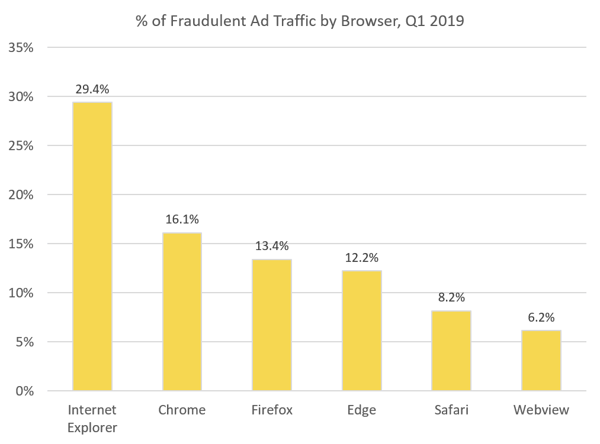 Devices running versions of Android 8 dominated - 13.8 percent of that ad traffic was fraudulent. 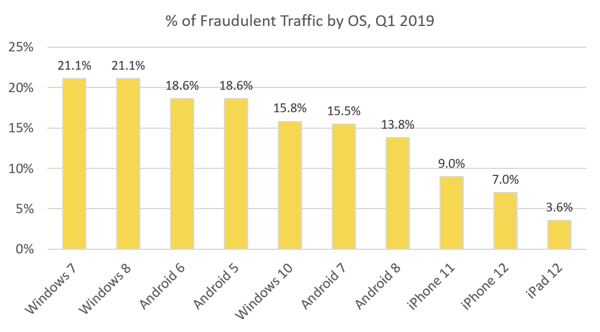 As we continue to track trends and data over time, we'll update the following chart: 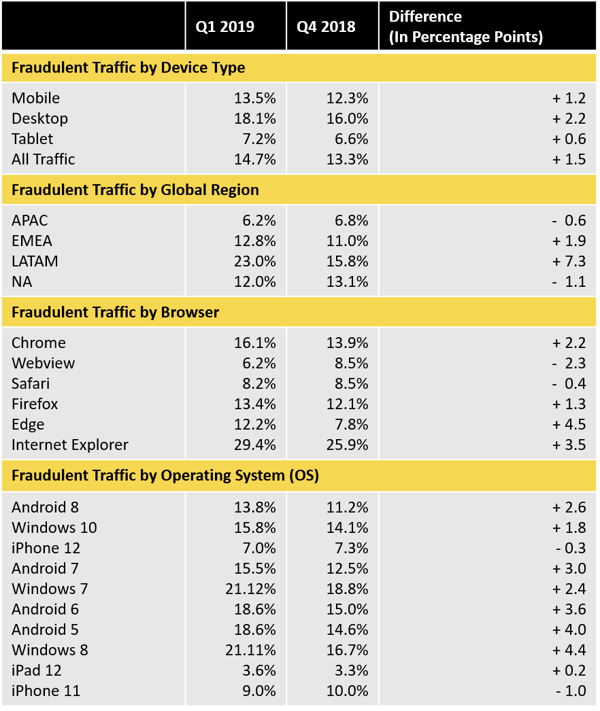