Microsoft's Internet Explorer continues with the dubious distinction of having the riskiest traffic for advertisers in Q2 2019 with 26% of it fraudulent. Meanwhile, Google's Chrome continues to dominate the market with 65% of all ad traffic originating from the browser, and 14% of that traffic was fake.

This post concentrates on the current percentage of fraud coming from the most common Internet browsers. Keep in mind that  Fraudlogix’s pixel-based technology regularly monitors data from 710+ million unique users, 1.2 billion unique devices, and 300+ million URLs and apps monthly. We map the latest devices, locations, bots, behaviors and hacking tactics that are being used by digital fraudsters within mobile, in-app, display, video, and OTT environments. Key insights and data below.

Majority of ad traffic continues to come from Chrome browsers

Like in previous reports, Google's Chrome browsers accounted for a majority of all ad traffic (65%). Apple's Safari browser accounted for 8% of traffic, Firefox 3%, Microsoft Edge 3%, and Internet Explorer 3%. 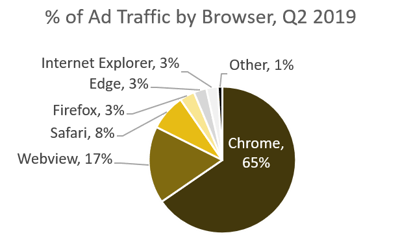 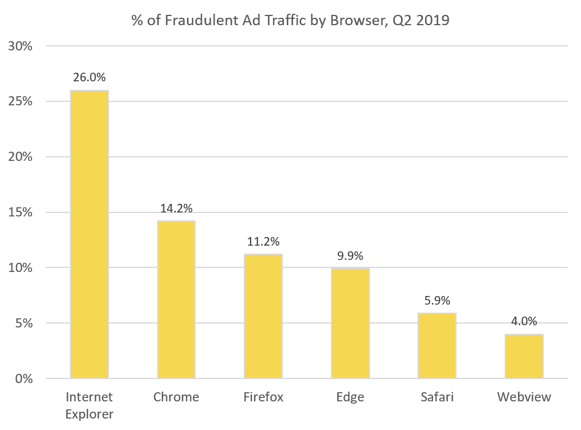